August 13, 2014 — BlueStream Professional Services, which provides planning, implementation and maintenance services for wireless, wireline and data center networks, has purchased assets of Tempest Telecom Solutions’ DAS and Small Cell Division, further enhancing the scale and capabilities of its wireless services. Terms of the transaction were not released.

“This acquisition provides us with the opportunity to increase our scale, while further diversifying and extending our market coverage for DAS and small cell services,” said Trevor Putrah, president of KGP Companies, parent of BlueStream.

The deal is a part of the ongoing consolidation of the DAS ecosystem of smaller regional companies, which is a sign of the maturation of the marketplace, according to Joe Madden, Mobile Experts.

“There’s a long list of small companies with expertise in DAS deployment … that are recognizing the new emphasis on in-building mobile infrastructure by the major operators, which requires a nationwide footprint and a deeper bench when it comes to the talent pool you have to put out into the field,” Madden said.

“Before buying Tempest, Bluestream was involved in DAS, but they were not as prominent. This allows them to expand beyond their focus on data centers and other areas [such as cell site services and muli-switching centers],” Madden said.

Others are growing more organically. American Tower began developing DAS networks in 2001 and claims to have the most neutral-host indoor DAS networks in the industry. InSite Wireless built and launched its first DAS at the Moscone Center in San Francisco in 2001, which was the first independently owned, neutral-host DAS in the United States.

Mobilitie, after selling off its assets to SBA Communications, is building out neutral-host DAS, small cell and Wi-Fi networks. Boingo Wireless is building out DAS and Wi-Fi networks across sporting venues, airports, convention centers and office buildings. ExteNet Systems is growing steadily through high profile deployments in high-rise office buildings, such as the Willis Tower in Chicago and the Empire State Building; sporting venues, including the University of Michigan football stadium, Brooklyn’s Barclay’s Center and Miami’s Marlins Park; hotels, such as the Omni Severin; and healthcare facilities, such as Banner Health.

“It’s an ongoing process. Companies have been scaling up in the last five years,” Madden said. “Eventually we will reach the point where we have companies that are sophisticated with RF planning models and have people in every major market in the United States. That is an important part of developing a mature ecosystem that is capable of deploying small cells and DAS in the millions. The operators don’t have the manpower to put a million small cells into the field.”

Another firm developing a nationwide footprint is Connectivity Wireless Solutions, which has implemented more than 2,500 DAS networks in 49 states. It has offices in Atlanta; Dallas; Houston; Chicago; San Francisco; Orlando, Florida; Frederick, Maryland; Charlotte, North Carolina; and Anaheim, California. Other key players in the DAS integration space include RF Connect and DAS Simplified.

Tempest Telecom grew in 2011 when it purchased Leaf Communications Services, a West Coast DAS integrator. A year later, it hired Darlene Braunschweig from Corning MobileAccess as president of its DAS and Small Cell Division. She will become the general manager for the BlueStream DAS and small cell business unit.

“The lab serves as a stepping stone to help further develop our specialization and partnership status with Cisco,” McGee said. 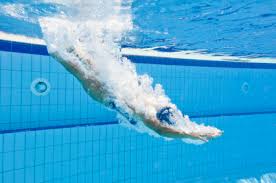 “While it is focused on Cisco today, it is our expectation to easily expand the Wi-Fi lab to include other Wi-Fi vendors such as Aruba, Meru and others, as client needs arise.”

The HD Wi-Fi/ Wi-Fi lab allows H&M NetWorks to develop best practice configurations for different types of customer deployments and provides its customers with the most accurate estimates for implementation.

“The lab will also be used as a classroom in order to expand H&M NetWorks expertise into emerging wireless technologies; wireless technology is dependent on other areas of specialization, particularly, routing and switching, security and in some cases data center technologies,” McGee said.

As H&M NetWorks grows in the wireless space, it can use the lab to expand its technological insights and expertise into other areas of specialization and become familiar with new technology and solutions.

“We now have an expanded portfolio of hardware to specifically help our growth in the wireless market, including new equipment, access points and antennas to support surveys, troubleshooting and design,” McGee said.